RGCF are delighted to have scooped the Corporate Finance Deal of the Year Award at the 2018 NE Accountancy Awards, which took place on Thursday 28th June, for having advised the shareholders of one of the UK’s largest tenant referencing providers, Van Mildert on the sale of a 75% shareholding in the business to London based Private Equity House, Aldington Capital. Advising the Van Mildert shareholders on the transaction was RGCF, led by partner Carl Swansbury, alongside David Nixon and Alex Simpson.  Tax advice was provided by RG’s Simon Hopwood and Charlie Burton. Legal advice to the shareholders of Van Mildert was provided by Jonathan Waters, managing partner at Newcastle-based law firm Hay & Kilner. Aldington Capital received financial advice from Neville Bearpark and Michael McCulloch of UNW and legal advice from Martin Hulls and Tom Pollard at Ward Hadaway. 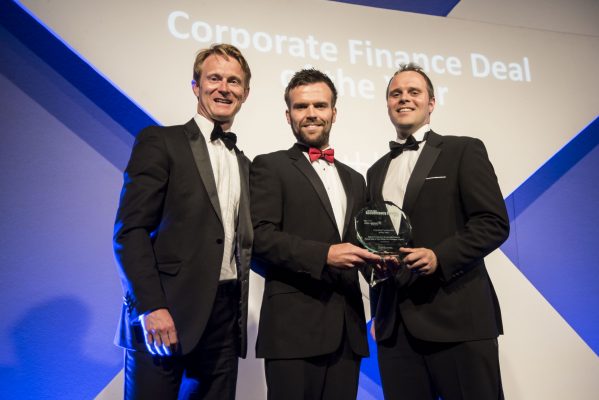 Carl Swansbury, partner at RGCF said: “We are both honoured and delighted to have won the highly sought after Corporate Finance Deal of the Year Award at this years NE Accountancy Awards, for our involvement in having advised on the 75% sale of Van Mildert to London based PE house, Aldington Capital. Attracting investment from Aldington Capital demonstrates the achievements of Van Mildert and its successful approach to the private rental property market.  This deal will further reinforce the company’s growing position in the market and enable it to support a much larger client base by scaling its current business, whilst broadening its existing service offering. We are delighted to have accepted this award on behalf of RGCF, the founding shareholders of Van Mildert, Christian Balshen and Richard Hammond, along with Hay & Kilner Law Firm, Ward Hadaway and UNW.”